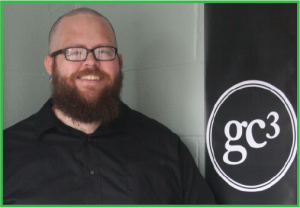 Titus came to GC3 from Nebraska, where he had lived all his life, following God’s leading that this is where he needed to be. Titus, loves The Bible, people,music, and all facets of ministry, and uses his gifts to serve GC3 and help us to take the next steps that need to be taken for our health and growth.  Titus Graduated from Summit Christian College in May of 2011, was Ordained by First Christian Church of Alliance Ne, and has been serving in full time ministry ever since. He was called to GC3 in June of 2015, and with him we also gained his beautiful wife Jaimee, and two Daughters Addy and Elva. Titus is absolutely committed to helping GC3 to always be a church that has an impact in the community, and for the kingdom of God as a whole. 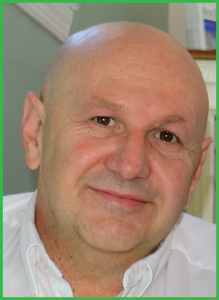 Steve was born and raised in western PA.  He was raised Lutheran and continued to attend a Lutheran church from childhood until he was married in 1996.  He began attending Memorial Christian Church in Houston, TX after he was married and was immersed into Christ shortly after.  He is married to Amy and together with her parents 2 daughters.  Steve works as an economist with the federal government and deserves neither blame nor credit for your perception of the economy at any given moment.  He also teaches economics and statistics one night per week at a university in Washington D.C.  He currently serves on the Board of Trustees at GC3 and teaches in the Children’s ministry.  Steve has absolutely no idea what the future holds for him, but is confident it will be more fulfilling if the path comes from following God and not his own judgement. 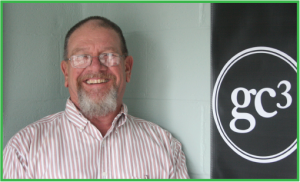 Jim has served God through this congregation since 1969, when he married Paula.  He was involved in much of the manual labor required to do the ground work for the construction of the current facility. He has served along with his wife as youth group leader, driven the church bus, served as a camp maintenance man at Indian Lake Christian Service camp, Deacon, Board Secretary, property facility manager and been a member of the men’s Bible Study group.  He is currently serving as chairman to the Board of Trustees.   He was recently elected to the postion of Elder, after feeling the call to serve God in this capacity. He has been married to his wife Paula for 49 years, has 3 children and 6 grandchildren.  His heart desires to leave a legacy for his grandchildren in the Kingdom of God and be instrumental in moving the GC3 congregation forward into a ministry that reaches our surrounding community. 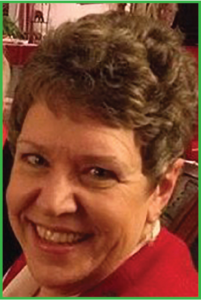 Since January 1, 1968, GC3 has been her family in Christ.  Serving in the office for the past several years has been fulfilling, inspirational, educational and enlightening on the technological and interpersonal  front.  She has enjoyed learning to know and assist so many people in the GC3 family as well as the community.  She stepped out of her comfort zone and into the roll of Bible Study leader for our Ladies group, leading her to keep studying and growing in the Lord.  She is blessed to be able to keep working and being able to serve God after having reached Social Securtiy age.  She is married to Jim Ross and is showered with blessings from all sides, through the GC3 family as well as her family of three children and 6 grandchildren. 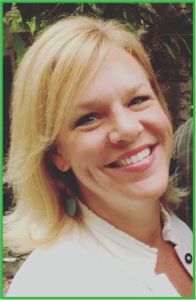 Daryl Ross Summers serves GC3 as part time office assistant, learning all the ins and outs of administration in church ministry.  She grew up at GC3(First Christian Church of Frederick) learning the Bible through Sunday School Classes, VBS, Youth Group and Christian Service Camp.  She entered into a relationship with her Lord at the age of 7.  She graduated from Shepherd College in 1994 with a BS degree in Business Administration.  She was employed by Alexander Binzel and Hood College prior to entering into service as a firefighter for the city of Alexandria, VA, where she rose in rank to Acting Battalion Chief in Safety.  She serves in voluntary ministry as a Scripture Reader and offering her services as needed in the the nursery.  She currently serves as Nanny for her niece and nephew.  She is married to Vernon since 2010.